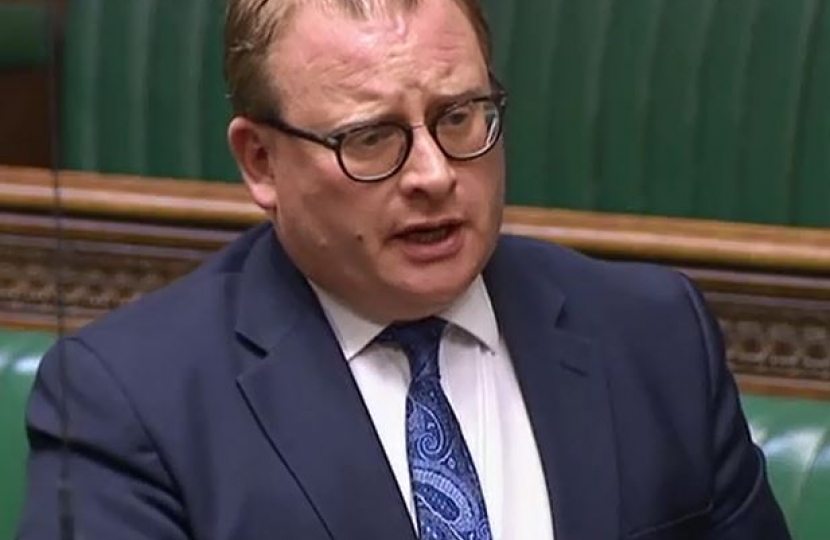 Three years ago the people voted for our country to leave the EU.

Since that time I have worked consistently to ensure that we leave the EU. The General Election manifesto I stood on in 2017 made it clear that we would leave the EU with a deal and, if that could not be achieved, we would leave without a deal.

I supported the deal that was secured with the EU on three separate occasions. That deal was not agreed by Parliament. I’ve therefore been supporting the Government to make strong provisions to mitigate for ‘no deal’ should an agreement not be reached. I’ve wanted to keep ‘no deal’ on the table as it’s the only leverage that the UK has had to get a better deal which Parliament could more easily pass.

I regret that some in Parliament have sought to frustrate this whole process. Last week saw the Royal Assent given to legislation deliberately designed to stop a ‘no deal’ Brexit.  This was backed by the Labour Party and other minor political parties and a small group of Conservatives who have now lost the party whip. This legislation effectively surrenders power from the UK Government to the EU Commission and our fellow EU countries and asks for yet another Article 50 extension. This is madness.   We need closure not more dither and delay.

I knock on doors in Nuneaton every week and speak to lots of people when I’m out and about. The vast majority of people I speak to want the Government and politicians to get us out of the EU and move the country forward.

Over the past few weeks our Prime Minister has sensed the frustration of the public.  Boris Johnson has made it clear that he is still determined to get us out of the EU by the end of October.

Mr Johnson is committed to getting on with delivering his vision for our country’s future, including beefing up our police by 20,000 officers, putting more money into every school and making sure that the new money going into the NHS truly delivers quicker GP appointments and shorter waiting times for operations.

Regrettably, some MPs in Parliament are trying to make a virtue of stopping Brexit as some sort of way of saving democracy. I think this is having the opposite effect and is setting the people against Parliament.

In recent weeks Mr Corbyn and Co have tried to hold the Government (and the public who voted by a majority to leave the EU) to ransom. Putting forward nothing positive except to frustrate any negotiations and disadvantage the UK. Mr Corbyn has done this whilst asking for a General Election week after week, month after month. Mr Corbyn’s local parliamentary candidate is even writing to local people asking for an election.

I do not want an election but we must break the impasse that’s serving to do nothing more than hand power to the EU and create more uncertainty for our citizens and businesses. In recent weeks there have been two votes put to Parliament by Boris Johnson to allow a General Election so the people can decide. Mr Corbyn no longer wants that election and voted against it despite asking for one for so long.

I will not be any part of the game playing that some MPs seem happy to partake in whilst the views of the majority are ignored. I will continue to fight for what I was elected to do at the last General Election so that we do indeed finally leave the EU.

It is shocking that Labour-run Nuneaton Council has chosen to hoard over £3.1 million of the £3.7 million given to them by the Government to support local businesses.